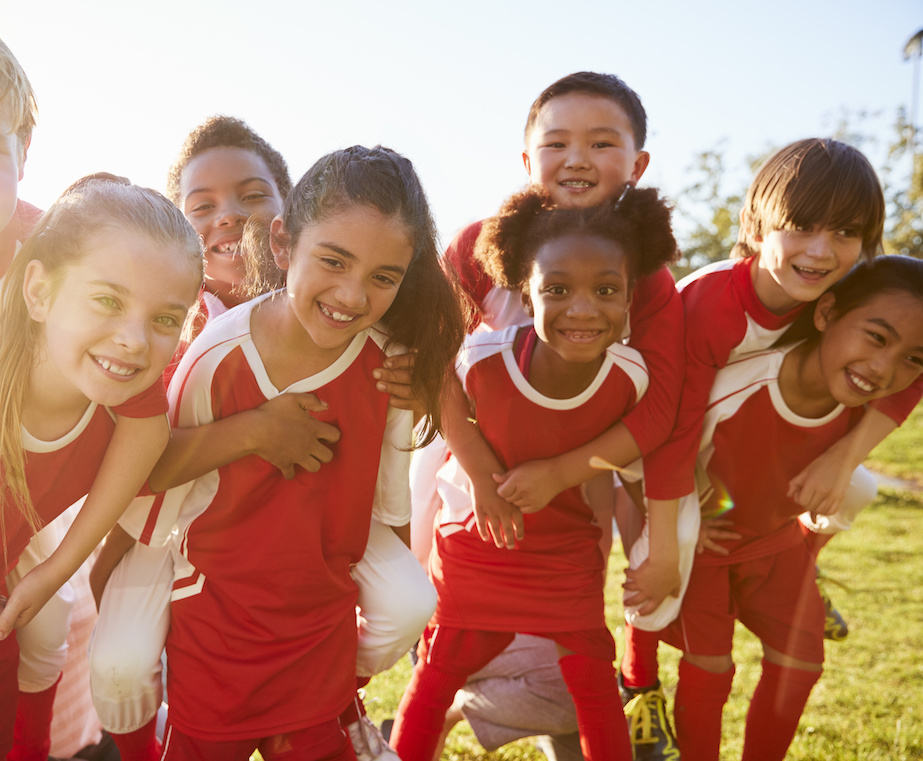 When people think of athletes, they often think of those who take their physical health and their overall potential seriously. And, it’s true: athletes have stronger bones and muscles. Athletes can complete daily tasks (think carrying your hockey bag up a flight of stairs) with more ease. They even live longer!

But athletics aren’t just something you do. Athletics are something you live. An athlete is someone you become. Repeated athletic activity builds your body in a new way. The benefits go deep. Three or more hours of exercise a week can make your heart grow bigger: your heart is a muscle, and you make it better at its job by training it. The same thing happens for your lungs. You become an oxygen-processing machine with repeated exercise.

Here’s what people don’t often think about. In participating in sports, athletes are not just training their bodies. They are also building their minds. We need to ensure that all children have the opportunity to train their body and build their mind.

Studies have reported that some of the mental benefits of athletics happen right after you exercise, including reduced anxiety, improved sleep, and improved cognitive function. Unlike waiting a while for efforts to pay off physically, athletes get immediate payout mentally. Participating in athletics may also make you smarter longer-term. Scientists found that the brains of athletes “had greater visual perceptual range and possessed more cognitive abilities than their non-athlete peers.”

Sports don’t just help with brain power and things like test scores. Sports also help athletes feel happier. Some of this effect is because of beneficial changes to the brain; some of it comes from less “medical”-sounding things. Athletes are great at making friends. Athletes build their confidence. Athletes show up, every single day, and work for something larger than themselves.

James Schall said once that “Self-discipline is the beginning of wisdom.” As an athlete, you won’t just win games. You’ll conquer yourself.

With all these benefits available to the whole person, The Giving Dogs works to offer all of these advantages to children.