Getting Started with Hockey 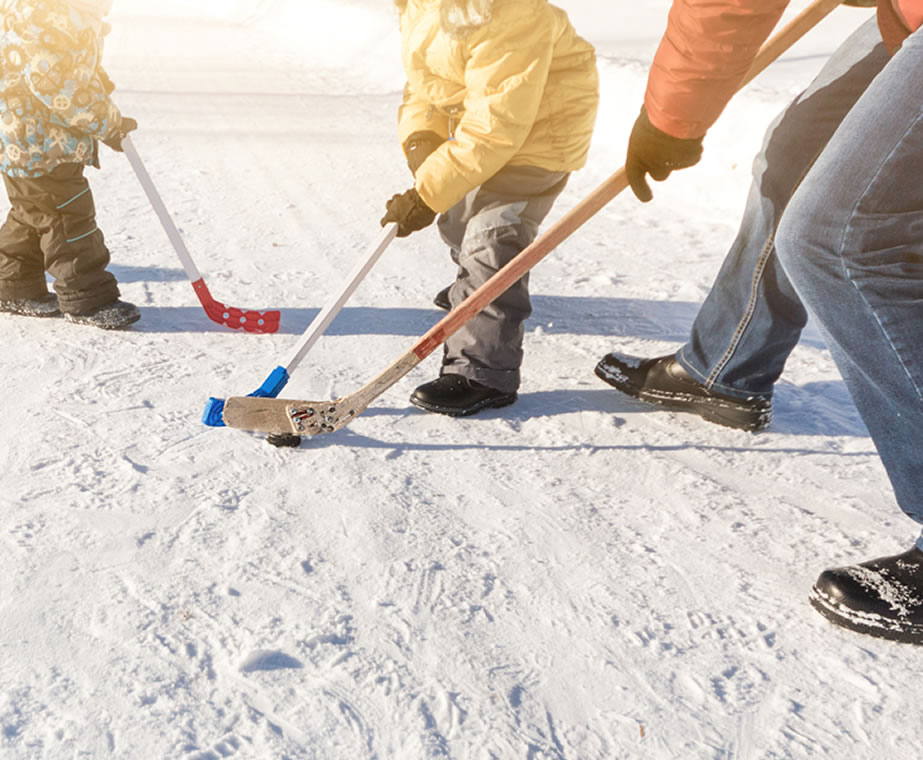 Getting Started with Hockey

Parents are often eager to expose their children to new experiences—like ice hockey! At the same time, it can sometimes seem like hockey is a whole world unto itself. Here are some things you can expect when you sign your child up for the sport.

When can my child start playing?

Your child can start playing hockey even before they go to kindergarten. Lots of coaches are specially trained to help really young children learn to love the sport.

Is your son or daughter older? No problem. It’s never too late to begin playing, and there are lotsof resources available for your child to practice skills, even if they get started a bit later.

When you sign your child up for hockey, you sign your child up for a new community – new friends, new experiences, new challenges and new achievements. Some teams may get together for practices up to five times per week, while others may meet just once. Practices tend to last about an hour. Practicing together is really important: not only do practices help your child learn key skills, but also they help the team bond with one another. Joining a hockey team can be a significant financial commitment: The Giving Dogs can help.

Some parents stay to watch practice: they enjoy seeing their children develop their skills. Othersrun errands before returning for pickup.

Most parents stay to watch games. Hockey teams will usually participate in a few games eachweekend. Occasionally, there will be opportunities for your child to take part in tournaments –both local and away. These are great bonding experiences for the team.

What equipment is required?

In order for your child to play hockey, they’ll need some basics, like skates. They’ll also need some key safety equipment, such as a helmet, pads, and gloves. Here’s a fun full list from the NHL. Some families might need some extra assistance: The Giving Dogs can help.

Hockey equipment has been carefully designed to help keep your child safe. Be sure to ask any questions you may have about equipment: it’s important to have the right gear.

Anything else I should know?

Your child may very well fall in love with hockey, so much so that they want to play and practice all the time. Many rinks offer what is called “stick and puck,” or times where the rink is open and specifically dedicated for unstructured hockey time. If your child can’t get enough, this can be a great option.

Hockey is an amazing sport, and it’s a wonderful community to join. Below are some more fun terms you can look forward to learning: before you know it, your family will be speaking the language of hockey.

Barn: hockey rinkFive hole: goal that goes between the legs of the goalieBiscuit: hockey puckGoon: player who fights a lotSnipe: good shot on goalSin bin: penalty boxTwig: hockey stickTop cheese: shot on goal that hits the top/inside of the netStripes: refereeMits: hockey glovesCelly: celebration following a goalChiclets: teethFlow/lettuce: long hair — you can see it sticking out of the players helmetSieve: goaltender who allows a lot of goalsDuster: player who sits on the bench a long timeSweater: hockey jerseyExtra attacker: the substituted player when the goalie is put on the benchBar down: goal resulting from the puck bouncing off the crossbar and into the netLight the Lamp: scoring a goal — a red light goes off in the net after a goalWheels: when a player skates really fastCoast to coast: when a player goes from the defensive side of the rink with the puck to shoot on the opposing team’s goal on the other side of the rink, all without ever passing the puckHat trick: when a player scores three goals in a gameOne-timer: when a player receives the puck on a pass and immediately hits the puck to scoreYard Sale: when a player is hit so hard that the player loses equipment (stick, helmet, gloves)Gordie Howe hat trick: when a player scores a goal, achieves an assist, and is involved in a fight in a single game, named for Gordie HoweGretzky’s Office: area directly behind the net, as Wayne Gretzky would pause behind the net with the puck and survey the ice before making a play